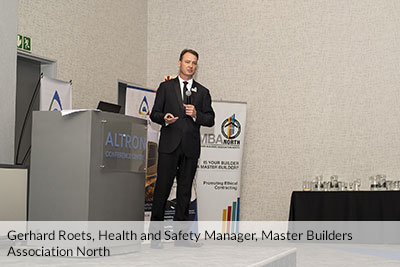 The Master Builders South Africa (MBSA) recently announced the winners of its annual National Safety Awards competition at its Annual Congress at Emperors Palace, Johannesburg on 9 September 2019. “We congratulate the winners – their example shows us all that excellence in safety is achievable if there is the collective will,” says Gerhard Roets, Health and Safety Manager, Master Builders Association North (MBA North).

“The fact of the matter is that construction remains a highly hazardous profession. The Federated Employers’ Mutual Assurance Company (FEM) statistics from the first half of 2019 show that there was a total of 1 538 accidents, of which six were fatal and one resulted in a permanent disability. With an average cost of R37 725 per accident, and a total of 4 112 lost days, the financial cost is also very high,” continues Roets.

“An important consideration is that the compensation amounts for accidents are relatively low. Given the pain and suffering involved, and the fact that most construction workers are the chief breadwinners, a safety-first policy is by far the best to follow,” he says. 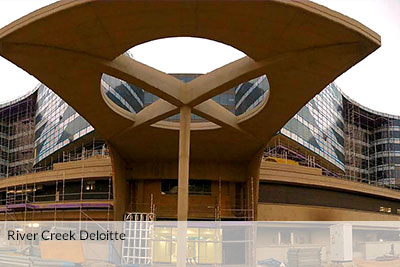 FEM’s statistics show that the major cause of accidents in the Inland Region is when workers are ‘struck by’ an object (499 incidents) followed by incidents when workers strike against an object (218 incidents). Other major contributors include motor vehicle accidents, primarily relating to the transport of workers to and from sites (199), and slipping or over-exertion (188).

Thirty-eight entries were received for the MBSA National Safety Competition, of which 35 qualified for auditing. Participants in the competition are registered MBA members and FEM policy holders, and sites were audited by MBSA lead auditors.

“By participating in the Regional and National competition, companies are sending a very important signal to the industry. They verify their compliance with relevant legislation and best practices in the industry and show that they are committed to a safety-first approach,” Roets says. “We at the MBA North would like to encourage more of the smaller construction companies to enter, as well as more of the manufacturing companies – as both are under-represented in the awards programme.

Participating in the competition plays an invaluable role in promoting safety, with huge benefits for both individual workers and their families, as well as the companies themselves – there are no losers because the aim to improve the health and safety systems and management of all construction companies.” 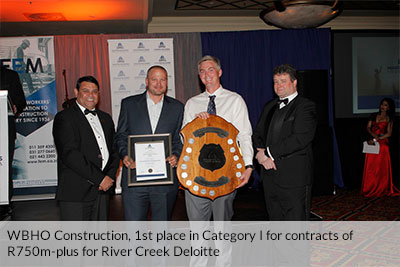 Third: in the Plant and Storage Yards category

Second: in the Allied Trades category; and

Third: in the Manufacturers category.