What are the biggest risks in running a business in the current SA economy?

Home News What are the biggest risks in running a business in the current SA economy? 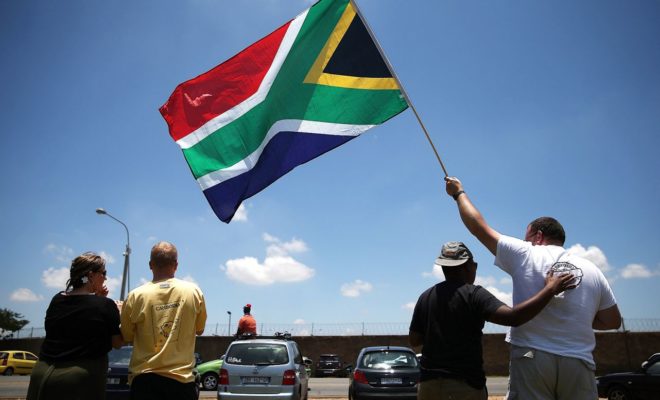 Expect 2019 to be a rocky ride that results in frustratingly little economic reform and only slightly better growth. 2019 will be incredibly noisy — primarily given an election, ANC infighting and a jam-packed first quarter of legislative moves – not to mention the ongoing threat of the “construction mafia” and its negative impact on the embattled construction sector. This is according to the following report by Claire Bisseker of Business LIVE.

South Africa will likely experience a slight pick-up in economic activity this year, but its economic problems are too deep-seated and its political constraints too binding to allow for meaningful economic reform and a return to rapid growth any time soon.

In all likelihood, the country will muddle through in the mediocre fashion to which it has become accustomed. It won’t tumble over the fiscal cliff in 2019, but neither is it likely to grow by more than 1.5% as long as confidence and investment continue to flounder and consumption is constrained by a lack of jobs.

And that is a problem, because faster economic growth would lessen the debt burden, attract investment, reduce funding risks and boost confidence. An extended period of slow growth, on the other hand, means SA’s fiscal and social problems will continue to mount and downgrade pressures will re-emerge…

The challenge is to break out of the low-growth trap of the past decade, but this is going to prove extremely difficult given that SA’s domestic challenges are set to be compounded this year by the global environment becoming much less supportive.

Despite all this, there is still a view that SA could be on the cusp of an economic revival under an emboldened president.

This view holds that, if President Cyril Ramaphosa delivers a solid victory for the ANC in the upcoming elections, his reform agenda will be legitimised. Backed by an efficient new cabinet of his own choosing, he will be in a far stronger position to muscle through growth-friendly reforms and sell fiscal restraint and tighter monetary policy to his own party.

This suggests economic activity in SA will remain muted until the election, probably in early May, but then start to pick up as a fresh wave of “Ramaphoria” translates into fixed investment and job creation.

In reality, things are likely to be a lot more messy.

“2019 will be incredibly noisy — primarily given an election, ANC infighting and a jam-packed first quarter of legislative moves of which the SA Reserve Bank nationalisation [bill being pushed by the EFF] is probably marginally more headline grabbing in the short term than land reform,” says Intellidex analyst Peter Attard Montalto.

Economists are all deeply concerned about the risks posed by the land expropriation debate and Eskom’s financial position, which, together with the weakness of other SOEs, continue to exert a big drag on SA’s creditworthiness.

While Ramaphosa and his team are seen as a safe pair of hands, Michael Bolliger, who heads emerging market asset allocation at UBS Wealth Management, warns that providing the tools in the constitution for expropriation without compensation may come to haunt SA if a less market-orientated government takes over. Also, depending on how the policy is enacted, banks could face lower collateral values for their loan books, implying higher credit risks. 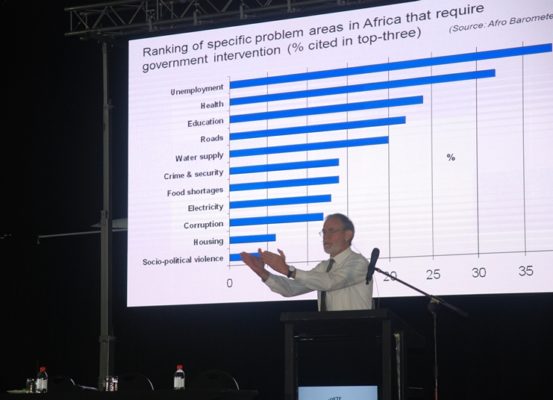 “The prudent management and implementation of expropriation without compensation, in combination with strong property rights, is therefore needed to avoid scaring away investors,” he says. “With Ramaphosa and his team of experienced ministers in charge we think [it] will be handled sufficiently well, despite lingering market concerns.”

Assuming the diligent handling of the land and SOE issues, and a decisive election win for Ramaphosa’s ANC, the idea that economic conditions should pick up after the election has gained wide traction.

Attard Montalto is one of the few who rejects this narrative out of hand. He thinks the election, while important, will not be pivotal and the post-election period will largely be the same regardless of whether the ANC gets closer to 50% or 65% of the vote.

This is because he doesn’t expect the election outcome to shift the factional fissures in the ANC national executive committee (NEC) or overcome ideological divides within the party on how best to grow the economy.

“Mandates for ANC presidents ultimately come not from national elections but from internal [ANC] elections and so we don’t expect any person to change sides to realign the factional balance of the NEC, nor people within Ramaphosa’s own faction to suddenly have different ideological views, or shift their weight of support around,” he says.

That said, he expects Ramaphosa after the election to attempt to show that he has a fresh mandate by meaningfully reshuffling his cabinet, appointing more advisers and instituting more commissions on restructuring the economy.

The National Planning Commission is also likely to become more assertive. But without the political space to manoeuvre, much of this is likely to amount to spin rather than substantive reform, he fears. “Ultimately any ‘Ramaphoria’ and resultant new growth momentum will fade away in the same way it did in 2018.”

For this reason, Intellidex expects SA to experien 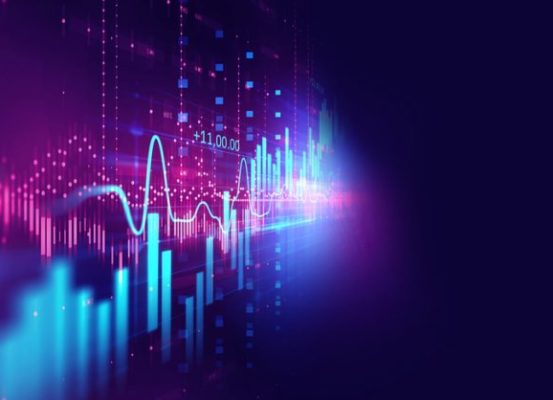 ce tepid growth of about 1.5% this year. This could well result in further fiscal slippage, which could push Moody’s to join S&P and Fitch in junking SA’s credit rating towards the end of the year.

Bolliger thinks it will be “challenging but by no means impossible” for the ANC to live up to current market expectations for a modest rise in GDP growth to 1%-1.5% this year from 0.5%-1% in 2018. However, UBS’s positioning remains “cautious” given the many uncertainties SA must still overcome.

“Further reform measures are required to improve the business environment and labour market conditions and thereby foster investment and consumption growth,” he says. “We expect policymakers will tackle some of the related obstacles in 2019, but their structural nature and the upcoming general election point to slow progress in the near term.”

Should Eskom’s situation deteriorate, or Ramaphosa fail to keep a tight rein on the land issue, or Moody’s junk SA’s sovereign rating, confidence would evaporate and the economy would take a fresh hit.

Bianca Botes, corporate treasury manager at Peregrine Treasury Solutions, expects the rand to experience “a bumpy ride” in 2019, likely trading at between R14/$ and R16/$, should SA continue to muddle along with lacklustre growth and insufficient policy reform.

But should there be some positive SOE reforms and a steady increase in economic growth, coupled with the careful handling of the land expropriation issue and an improvement in global investor appetite, the rand’s range could strengthen to between R11.50/$ and R13/$.

Much depends on the global environment.

Politics is likely to keep SA’s economy on the back foot.

The World Bank expects global growth to slow to 2.9% in 2019 — and developing country growth to stall at 4.2% — as international trade and investment are moderating, trade tensions remain elevated and financing conditions are tightening.

In addition, the downside risks have become more acute. The Bank warns that financial market pressures and trade tensions could escalate, denting global activity even further.

Should the US Federal Reserve hike interest rates by more than expected, global growth could slow markedly and capital inflows reverse from emerging markets, hitting the rand hard. This could force the Reserve Bank to hike rates more aggressively, and the weaker growth outlook could tip Moody’s into junking SA’s rating, pushing the economy into a recession.

Granted, the probability of an imminent US or SA recession is low. But given the potential for policy error by the US Fed, the SA Reserve Bank, Donald Trump’s administration or the ANC leadership, it’s easy to see where things could go wrong.

But if Ramaphosa manages to navigate through all the rocks and rapids to thwart his biggest challenges, things could finally start to go right for the SA economy in 2019. Just don’t expect this to be achieved without much grinding of teeth.