The Annual MBA North Awards were held on 25 October 2018. The Association president, Mr Musa Shangase highlighted that with the state of the economy, the road to rebuilding institutions, sound governance, and injecting dynamism in the economy, was foggy as the country was still peeling through the frightening legacy of Zuma’s reign that is played out in various commissions of inquiry and review panels.

He cautioned that President Ramaphosa needed to act decisively in reforming the public service, in reconfiguring battered institutions, and in putting in place measures to turn around the economy. Mr Shangase on behalf of MBA North awarded the Presidential Award to Mr Manie Bosch for his contributions to the Association over the past year in various forums and initiatives.

Mohau Mphomela, Executive Director of the Association welcomed members and thanked them for their support during extremely difficult  economic times in the industry. The loyalty of MBA North members was displayed in the awards received on the evening. Congratulations to the top recipients of the night: Corobrik and  Olhorst Africa for 55 years membership, Edilcon Construction for 50 years and Mjenzi Construction for 35 years membership with the Association.

This year the Association took the opportunity to recognise longstanding partner and sponsor Federated Employers Mutual Assurance for over 80 years of supporting the Association and industry. The award was accepted by FEM CEO, Ndivhuwo Manyonga.

MBA North will celebrate 115 years of operation in the building industry in the 2019 Annual Membership awards dinner. 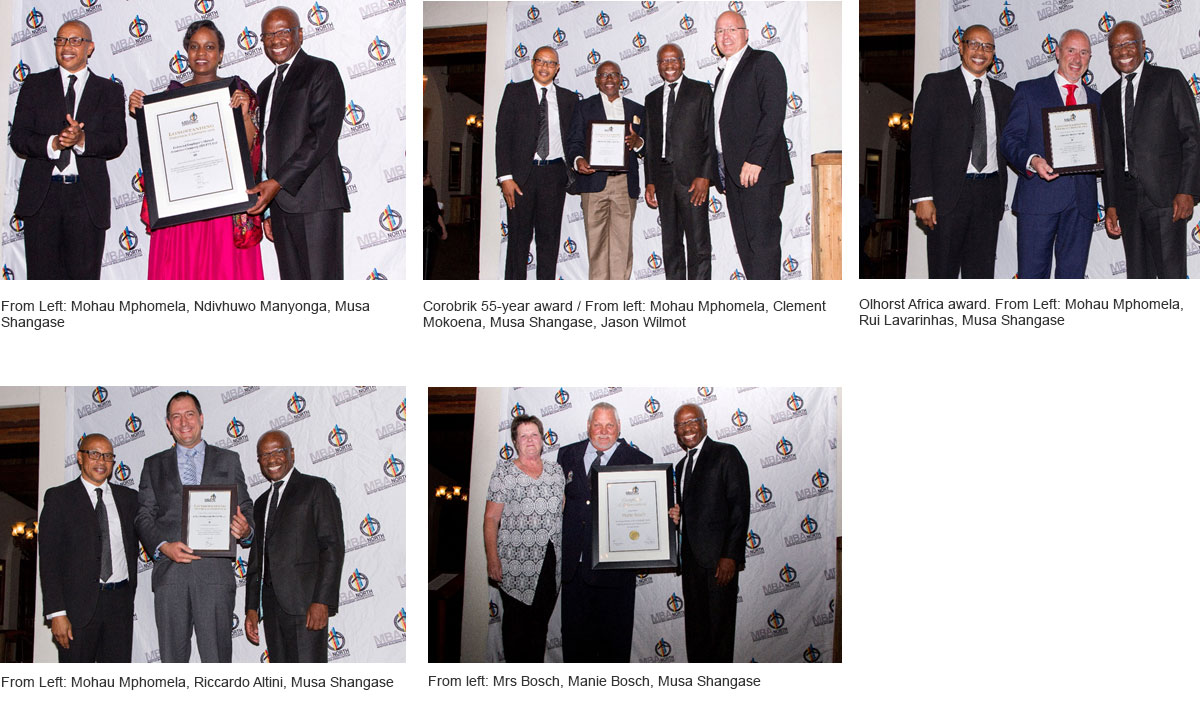