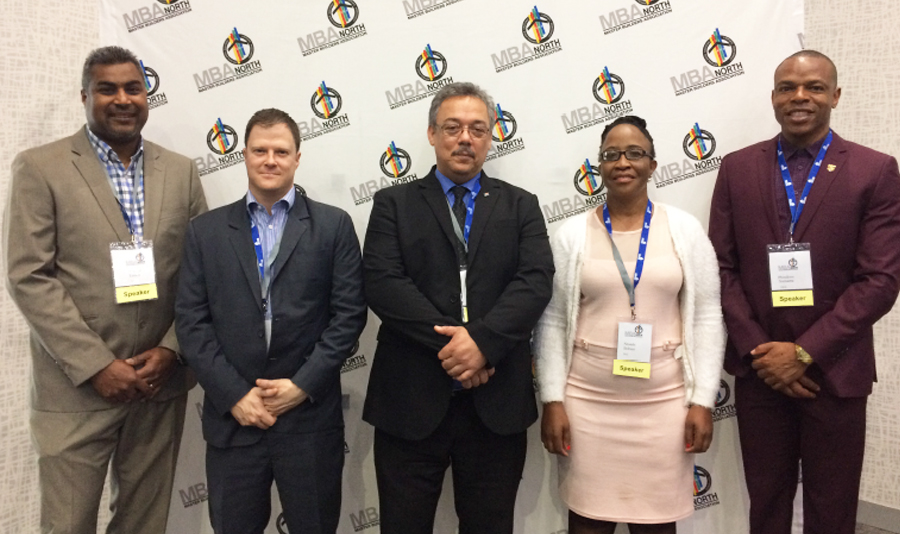 Master Builders Association North (MBA North) is aware of the challenges facing the Construction Industry when it comes to employing Foreign Nationals.

This was done in the form of a seminar held on 29 September, titled Legal Aspects: Foreign Nationals, where all the departments shared their challenges and outlined what the law is. MBA North Executive Director opened the Seminar and stated, ‘documented and undocumented employees have the same rights on construction sites’. All speakers that followed reiterated this fact. DOL does look at whether an employee is legal or not.

Mr Tibor Szana, Chief Inspector General at the Department of Labour advised companies not to employ workers whose employment is not legal and who therefore do not have the necessary documents to legally be employed in South Africa. However, if the Employer chooses to break the law by employing this person, the employer then gives them access to the rights of all employees in South Africa. He then becomes responsible for ensuring that his or her employees (legal or illegal) have access to basic employee benefits including Workmen’s Compensation.

Mr Szana said, ‘when a worker is owed money for an honest day’s work, pay them. It will cost you much more if DOL gets wind of it’. He assured the Industry that DOL does not want to close companies down, but wants to see them prosper.

Ms Nomantombi Bobani, Director Labour Migration at DOL, stated that for any vacancy that is available, preference must be given to local labour. To employ foreign labour, companies must present evidence that they have tested the local market before considering Foreign Nationals.

Construction companies and Associations in the audience had concerns such as facing challenges when applying for Workmen’s Compensation and that there was clearly no enforcement on the ground, where is was clear that an overwhelming number of unskilled labourers are foreign Nationals. Their concern was that government also failed to uphold the same law they expected Construction companies to abide by of first proving that they had tested the local market before employing foreign labour.

Mr Phindiwe Mbhele Immigration Services Director at DOHA explained that DOL and DOHA did not have the capacity to enforce the law; hence illegal immigrants were being employed. ‘It therefore falls on the employer to ensure that they adhere to Immigration Act and don’t enable illegal immigrants’, said Mbhele.

Federated Employers Mutual (FEM) Marketing & Communications Director, Herman Enoch summed up the message clearly by explaining that the Compensation for Occupational Injuries & Diseases Act  (COID) provides for compensation occupational injuries, diseases or death of employees during the course of employment. Every employee is covered. All employees, whether local, foreign or illegal, receive the same high level of treatment. Workers who are ‘illegal’ are not declared on wages but incur costs and can lead to loadings on policies. Employers can face possible fines from the department of labour.

MBA North is in discussions with DOHA to finalise a solution for the industry to be able to access accurate data timeously to establish the legitimacy of employees during the process of hiring. The Association will be rolling out the seminars to the rest of the region in 2018. ‘We are aware of the challenges faced by Construction Industry, however we strongly urge companies to operate responsibly and according to the prescriptions of the law, said Executive Director at MBA North, Mohau Mphomela.