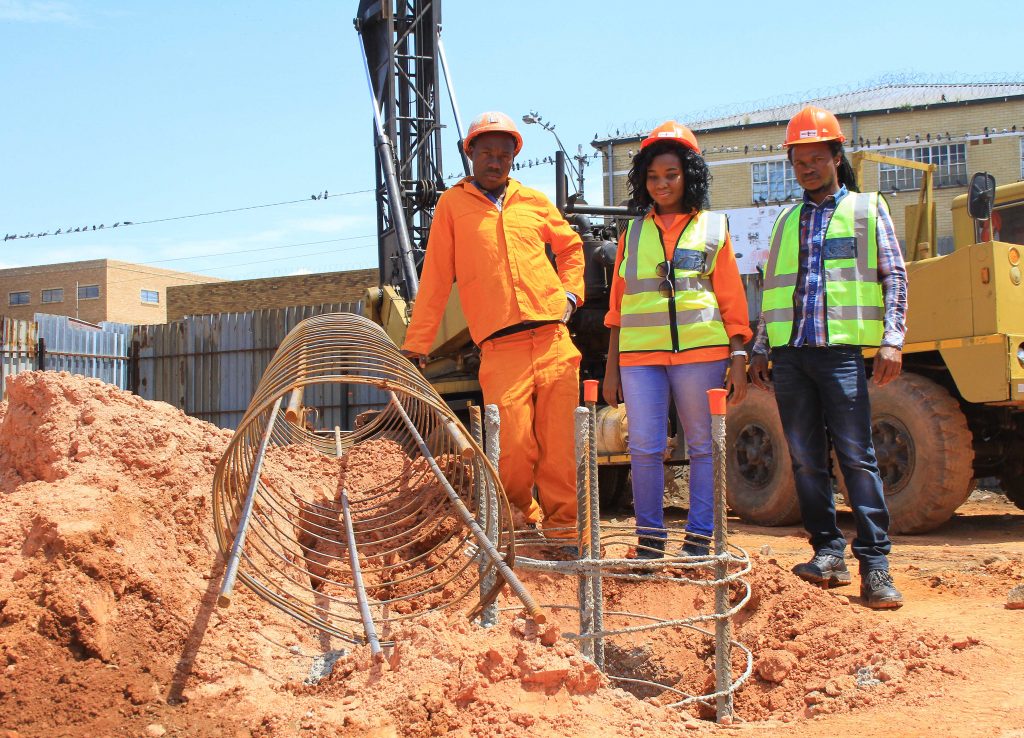 Gauteng Piling has completed the foundation piling for Fountain City, a new shopping centre in Fordsburg, south of Johannesburg.

Keo Lekutu, Gauteng Piling’s Contracts Manager, says the developer and contractor, Tech House, appointed Gauteng Piling to provide the 54 auger piles that will serve as essential foundation elements for the new Fountain City complex on the corner of Fountain and Mint roads in the heart of Fordsburg.

Lekutu says for the Fountain City project, a total of 54 auger piles between 8 to 10 metres deep, with a diameter of between 800mm and 1150mm, were required.

The soil was stable without underground rocks, but the major challenge encountered on site was the presence of underground water about 5m to 7m below the ground, virtually all over the 1 913m2 site. “We had to resort to the ‘drill and cast’ piling method which called for a concrete truck to be on standby right next to the drill rig. When the drilling had reached the required depth, the rig operator immediately lifted the extracted soil from the surface and concrete was then cast into the shaft – within seconds – to prevent water ingress and the piles from collapsing,” Lekutu explained.

Gauteng Piling used a Williams auger digger for the project which was completed in about two weeks.

The company is a leading member of Master Builders Association North and has been in operation since 1996, founded by veteran building industry leader, Nico Maas. Gauteng Piling has completed around 1600 major piling contracts in the past 21 years, including high profile projects such as The Mall of Africa (400 piles), the Kyalami Grand Prix Circuit Building Project, as well as many other retail, commercial and industrial projects throughout South Africa, and in recent years major Newtown redevelopment projects in the Johannesburg CBD.

Pictured with a reinforcing steel cage for one of the 54 foundation piles provided by Gauteng Piling for Fountain City in Fordsburg, were the GP team in charge on site. From left: Ernest Makwala (Site Foreman), Keo Lekutu (Contracts Manager), and Sibongiseni Dlomo (Health & Safety Officer).